After the devastating loss to Argentina in the World Cup final last month in Qatar, former Sweden striker Zlatan Ibrahimovi (41), of PSG, and France’s Kylian Mbappe (24), are confident they can win another title with PSG. The charismatic forward, who believes Lionel Messi to be the best player in history, told France Inter in an interview that he was confident Argentina would win the World Cup because “if you want to remember the Qatar World Cup, who should win it? Lionel Messi.”

Ibrahimovi, who is still under contract with AC Milan, expressed sympathy for Kylian Mbappe, who became the first player in history to win the World Cup final treble by scoring the second-ever treble following England’s Geoff Hurst in 1966. But the Swede claims that after his triumph in Russia in 2018, the 24-year-old will almost surely add another World Cup to his résumé.

Then, in classic Zlatan form, Ibrahimovi voiced his opinion over the jubilant and even excessive celebrations by the Albiceleste players. “They cannot win any more. Messi will be remembered, but we can’t respect the rest of the team’s poor conduct.”

Ibrahimovi continued, “I think the chaotic incidents in the Argentina team’s locker room and back in Buenos Aires were an indication that the Argentina team won once, but that there wouldn’t be a second championship for them, since it’s not a way to win. 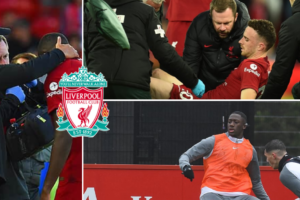