Skip to content
Home Game Why is Tower of Fantasy slowly going down even though it’s only been released for a while? 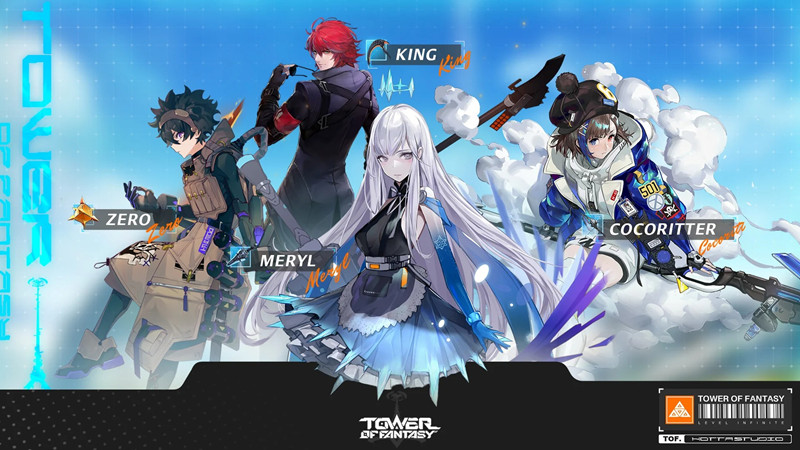 Recently released, Tower of Fantasy has shown a weakness in content as well as quality, thereby making many gamers not want to stick with this game for too long.

Recently, the game MMORPG Tower of Fantasy made the gaming community stir up for many reasons. But soon after, this game started to go down again, especially in the Chinese market. While this is still a game worth experiencing and also extremely exciting, it has inherent problems that gamers do not deserve to suffer. If the developers don’t step in soon, the future of this game will still be a straight line down.

Gamers of this game whether F2P or P2W have certain complaints against TOF. Overall, Tower of Fantasy even though it was developed before Genshin Impact was born (according to some rumors), it is still an incomplete game. Here are some of the points where this game is failing.

Tower of Fantasy has been accused of stealing and plagiarizing certain works and images from other popular games on the market that fall under the MMORPG genre. At the very beginning, one of the first videos of this game featured a copy of Honkai Impact’s weapon, which was immediately taken down as soon as it was discovered. They also stole the idea of ​​a Japanese content creator for their character trailer. Even when the author spoke up on Twitter, they took it down. In all of the above cases, Tower of Fantasy blamed its 3rd party partners.

Even when officially released, some character animations and weapons appear to be an incomplete copy from Honkai Impact. Of course, the debate over whether or not it’s plagiarized is always a hot topic, but overall, the game lacks a certain sense of originality.

Too many game errors

Tower of Fantasy contains so many bugs that some P2W or “Whale” gamers are dropping the game because they find it a waste of money. This game at the time of global release had a bug that allowed players to log in from a second device after purchasing an item to receive an SSR weapon for twice the price they paid. They even abuse this system to get materials for their weapons without having to do too much. In response, the publisher simply banned players from logging into the game from a second device. Several other bugs have also appeared since gamers abused this bug.

And there are countless other errors that players encounter in the game, which invisibly make it much more frustrating.See also: Tower of Fantasy is due on launch day when many gamers have login errors and long queues

This is limited to Chinese servers only as they are the only ones who get this mode. Recently, hackers have taken over this game mode, making other gamers feel uncomfortable because the game is not anti-hacking, and the development staff still do nothing to improve the situation.

The difference between loaded and unloaded

This game has a lot of powerful monsters and P2W players are obviously much stronger than vegetarian players. This is extremely dangerous because it will soon urge F2P players to leave the game and even it will become a bout of boredom because visa gamers will easily see that whoever deposits more money will stronger.

Many also complained about Tower of Fantasy’s incomplete and lackluster combat system. Overall, this game gives players a lot of promise but also a lot of disappointment in one way or another. If this continues, this game will definitely not last long.See also: Tower of Fantasy is full of hacks even though it’s only been released for less than a week