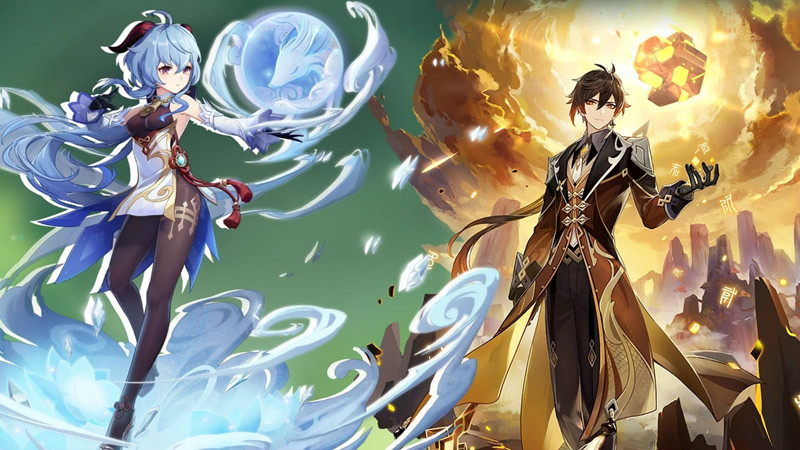 With up to 4 characters appearing in banner 3.0, which character to put the Raw Stones is a big headache for F2P gamers and newbies.

In the upcoming Genshin Impact 3.0 update, there will be 4 characters appearing in the limited banner including Tighnari, Zhongli, Ganyu and Kokomi. If you have a limited amount of Origin Stones, which banner should you invest in? Let’s take a look at some of the strengths and weaknesses of each of these characters.

A lot of F2P players ignored Zhongli’s banner in patch 2.4 because Raiden’s banner was rerun in 2.5 update. But it will be a bit confusing if you decide to remove the Zhongli banner this time when Thao Than will have a high chance of appearing in the upcoming 3.2 update, long enough for you to save your Yuanstone again. .

In fact, Zhongli is not weak at all. Besides, Zhongli’s resistance reduction is also extremely good in secret scenes or boss fights, so choosing this guy is a reasonable decision. Although the Nham system does not interact with anything but crystallize with other systems, Zhongli is still a card suitable for all formations. If you are in need of a strong support character, Zhongli is an ideal choice.See also: Genshin Impact: Updates 3.0 to 3.2 will be officially withdrawn to 5 weeks and the accompanying character banners

Both of these characters are bow characters, so their gameplay is not too different. Ganyu and Tighnari will both be able to act as a field DPS or assist with elemental buffs for their teammates. But bow-wielding characters will be slightly more difficult to control on mobile devices than other weapon-wielding characters.

If you can use bow characters well then you can totally think of Ganyu. According to many rumors, Tighnari is not the strongest Grass-type character so it would be a bit risky if you dumped the Origin Stone on this guy, and after this banner, he will also be moved to the regular banner. , from which you will be able to more conveniently save Raw Stones.

Kokomi instant noodles is a character that is quite confusing for new players when compared to Zhongli. But after version 3.0, she will be much improved when the new element comes out and has a new reaction. It can be said that Thunder and Water are two extremely important elements in the process of discovering a new land.

Kokomi will be an ideal character when you want to build a DPS squad with the main system being Thao. Besides, her ability to heal the best in the game will be one of the essentials in the new meta when there are multiple sources of damage to both you and the enemy. So owning her is a necessity.

If you need a strong support, shield and reduce resistance then your choice would be Zhongli. If you need a strong healer, good elemental response, you can switch to Kokomi. And finally, if you’re short on DPS with a bow, think Ganyu and Tighnari. But according to Lagvn, the best character for F2P gamers in this new banner rerun is Kokomi, followed by Zhongli. Or if you don’t like anyone in the banner this time, keep collecting the Primestone and wait for Nilou or Cyno to appear in the next update.