After helping Argentina win the 2022 World Cup, Messi enjoys a significant lead in the race for the Golden Ball this year. He directly contributed 7 goals and 3 assists, for which he received recognition. is the league’s best player. 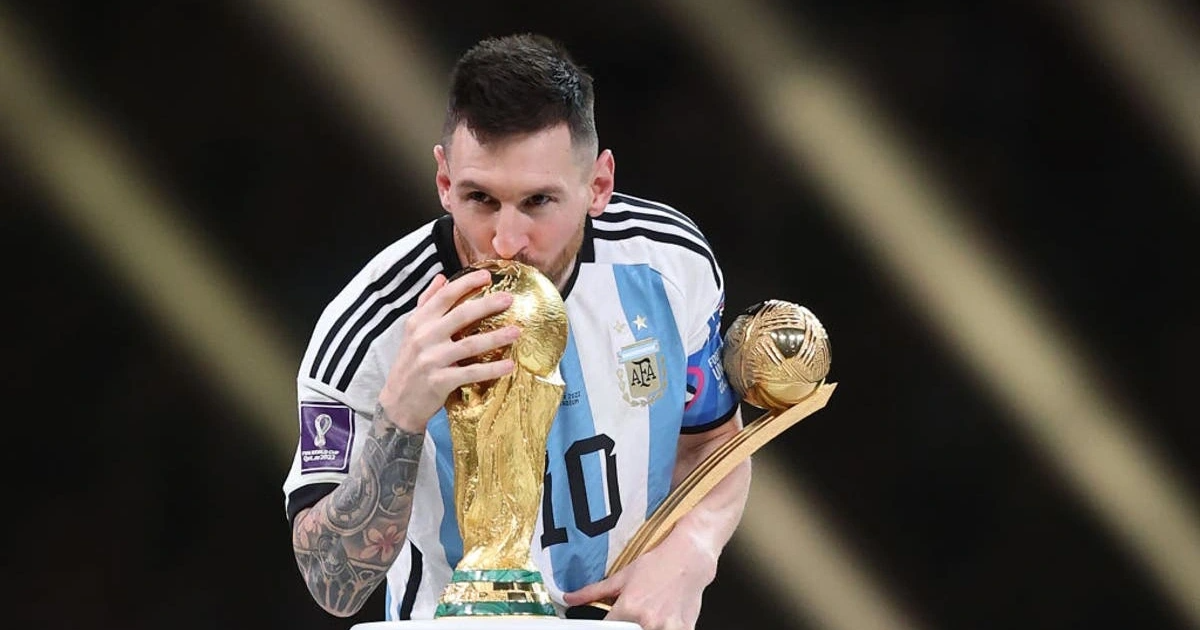 If he continues to maintain his current form for the rest of the season under the PSG shirt, the chance for Messi to win the next Ballon d’Or this year is huge. Before that, he had received this award 7 times, the most in history.

Messi has won 7 Golden Ball titles in his career, a record in the history of this award

But Messi is not the only individual to have won seven championships, as France Football, the organization that owns the Golden Ball award, has revealed. As a result, the only other player to have as many Golden Balls as the Argentine legend is Pele.

The first owner of the Golden Ball Award, which was created in 1956 for European athletes, was former England star Stanley Matthews. The tournament’s format wasn’t changed until 1995, when non-European players were allowed to compete and Liberian George Weah became the first winner of the new era.

He shared three World Cup victories with Pele, but as he retired in 1977 and never played in Europe, he was ineligible to compete.

However, in 2016, France Football magazine carried out an overall assessment, including the period before 1995, to determine who is worthy of the Ballon d’Or, regardless of continent. any.

Later on, the magazine released a special edition with a front cover featuring Pele holding the 7 Golden Balls. Thus, at this time, only Pele can equal Messi’s record of seven victories in the prestigious France Football championship.

But despite the fact that Messi is continuously reaching new heights at the age of 35, most recently the World Cup, the 7 Golden Balls have consistently fallen short of capturing his true magnificence. El Pulga was most recently hailed as the greatest player in FIFA history, but the organization had to remove the statement due to backlash.