Was Pentagon researching on alien and UFO-related incidents?

A mysterious video shared on YouTube by a user named Jesus Pavez is now the hottest debating point among extraterrestrial believers and conspiracy theorists. In the video, apparently captured from Argentina on February 28, 2021, a white unidentified flying object (UFO) can be seen hovering in the broad daylight. 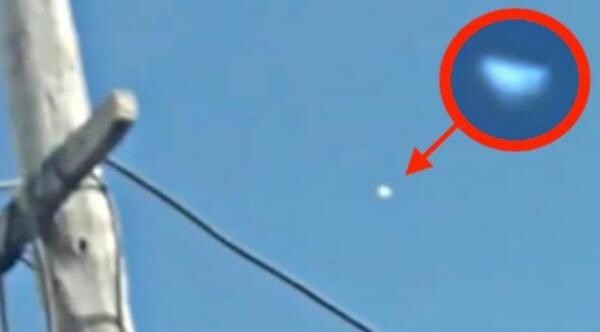 The mysterious footage was later analyzed by Scott C Waring, a self-styled alien hunter who is known for making several unbelievable claims regarding extraterrestrial existence on earth. After watching the Argentinian UFO video, Waring as‌sured that the flying object is nothing but a white triangular space vessel.

“This UFO is actually triangle shaped. It has three distinct corners and is almost cloud-like in appearance. UFOs have cloaks to appear as clouds, but this one instead has only turned its color to white, still not having made a cloud around it. The sky is cloudless and really lets us see this thing really well. The detail is remarkable. The UFO is about the size of a car and is slowing down…watching the human reaction to it. We watch them and they watch us. Interesting trade don’t you think?” wrote Waring on his website UFO Sightings Daily.

The theory put forward by Waring has convinced his followers, and they claim that sightings like these are proof of alien existence on earth. However, skeptics were quick to dismiss the alien angle, and they as‌sured that the mysterious object in the skies is nothing but a small chunk of a cloud.

A few days back, another UFO sighting that happened in the skies of Santa Lucia airport, Mexico had baffled witnesses and experts alike. In a video of the alleged incident, a disc-shaped UFO can be seen hovering in the skies as an airplane is taking off.

In another UFO incident, an American Airlines pilot claimed to have seen a cylindrical object that shot above the jet during a flight from Cincinnati to Phoenix.

It was around a few weeks back that Haim Eshed, a former Israeli space security chief as‌sured the existence of aliens. In an explosive interview, Eshed claimed that world powers like the United States and Israel are working together with aliens, and he also hinted at the existence of a galactic federation. Eshed also added that there is a secret underground base on Mars where members of aliens and humans are working together.