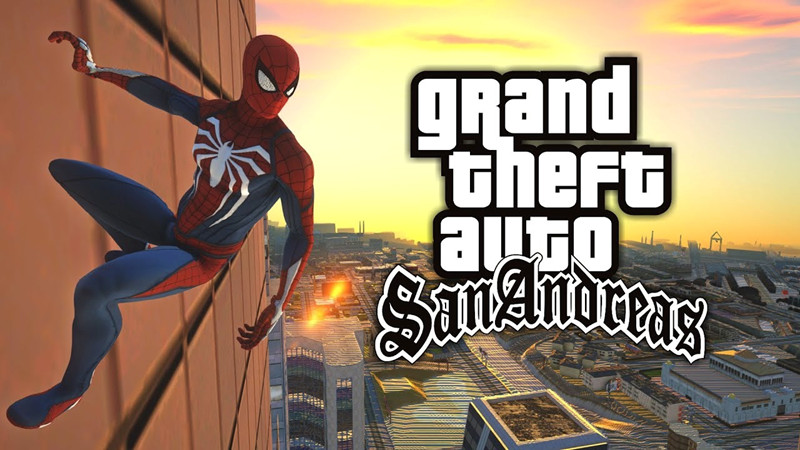 At the present time, the mod concept is not merely creating a new appearance for the characters in a certain game, while the current mods even add a series of animations, new abilities or skills for them. And recently, a mod has made it possible for gamers to transform into Spider-Man right in the game GTA San Andreas.

This mod is still in the final stage, but gamers can completely download it to test the beta version right on the author’s website.

The Spider-Man mod made by a modder named J16D is considered by the gaming community as one of the most unique superhero mods at the moment. The reason is that even in a completely different game, Spider-Man in this mod can perform his trademark swings.

This modder is even able to bring Spider-Man’s most complex battle scenes into GTA San Andreas in a strikingly similar way to the original Spider-Man game released by Sony.

What does this mod contain?

This mod contains most of the costumes that have appeared in Marvel’s Spider-Man as well as their features. In addition, it also has an additional weapon system to equip Spider-Man just like in the original game.

What’s even more amazing is that J16D has added a sequence of base destruction missions exclusive to Spider-Man, accompanied by random encounters with criminals, or car chases. high speed. The interactions are so realistic that players can completely use spider silk to lock their enemies to the wall.

In terms of buildings, this mod also adds buildings with a unique structure of Marvel’s Spider-Man, the most typical is the Avengers building.