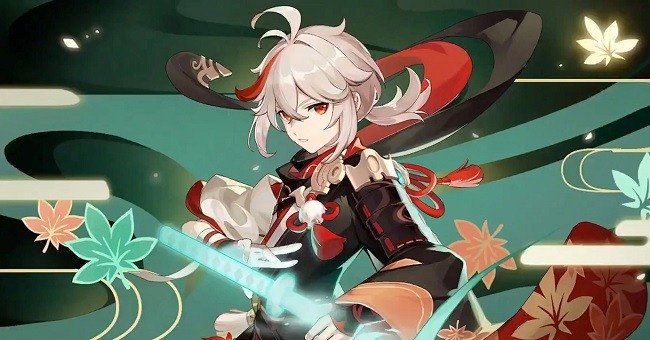 Fans have shared an interesting ranking of Genshin Impact player character usage rates in the last few La Hoan versions, and Kazuha has had a successful debut beyond expectations.

‘s most popular endgame activity Genshin Impact nothing but La Hoan Tham Canh – where players use their strongest and most reasonable to be able to prove their strength.

La Hoan Tham Canh requires players to have a diverse set of characters to be able to benefit from the buffs granted on each floor. A recent Reddit forum post has officially revealed the most used characters in La Hoan Tham Canh between the 2.4 and 2.8 update.

It should be noted that this list represents the percentage of characters selected to climb La Hoan according to the characters that the player owns. For example, 84.3% of players with Kazuha used this guy during the La Hoan climb. The Wind Strike has proven to be one of the strongest supports in Genshin Impact since its appearance in patch 1.6. However, a large part of the community has ignored this guy’s banner with the reason that there is a new Inazuma coming, which makes his rerun greatly supported by gamers.

Fortunately, Kazuha and Klee were rerun in banner 2.8, and this is also the reason why the banners of these two characters have relatively stable sales. Many of the responses below this photo are surprised that Bennett is the 2nd most popular of the most chosen characters. He is considered to be the best 4-star support character in nearly all of the current Genshin lineup due to his versatile ability. Magical Journey – Bennett’s rage skill creates a large area of ​​Fire damage, healing and increasing damage to his teammates. Currently, he is still in Yoimiya’s banner, and this is also the banner that many people notice when their characters still don’t have Bennett or want to raise the fate of this guy.,

Besides, a character that receives a lot of attention is Yelan – currently ranked 4th on the list. She is a 5-star Water-type character and at the same time one of the best DPS subs in the game right now. Yelan debuted in version 2.7 and her banner quickly broke into the top 3 most popular banners. The main reason could be because the 2.7 update was delayed for 3 weeks, making it easier for players to get her, or it could be because of Yelan’s armpit when it formed a fever in the community.See also: Genshin Impact: Details of the number of Monsters and La Complete Buffs version 3.0 that you need to know