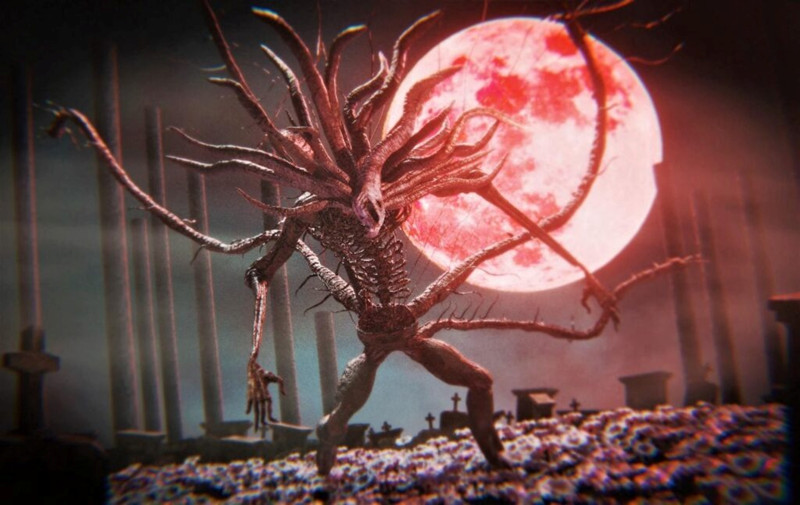 In the game world, there are many notable powerful bosses, but there are still some bosses that are not only strong but also extremely difficult to find.

Lichdragon Fortissax is not only the hardest boss in the game, but also one of the hardest bosses to find in the Elden Ring. To be able to find it, what you have to do is complete all the tasks that Ranni set out, thereby gaining the Cursemark of Death. Then follow Fia to be able to enter the Deeproot Depths area, destroy all the bosses that appear on your way.

After giving the Cursemark of Death to Fia, you will be able to go straight into her dream to be able to fight the Lichdragon Fortissax. However, during the course of the mission, if you make any mistake, D’s brother will appear, kill Fia and you will not have a chance to act. In addition, this boss also only gives the player one chance to complete and you will not be able to meet it a second time.

Of course, to witness this scene is not easy when you only have one chance. In the event that you do not make Zero evil enough, this doctor will suppress his emotions, resulting in the player missing the opportunity to fight him.

Zote The Mighty is said to be an extremely powerful knight, but in reality he is just a braggart. Although he is brave enough to be able to go down below Hallownest, when you arrive, you will see the image of Zote being trapped in a spider’s web, and his life is also threatened by creatures. at Deepnest.

If you choose not to save Zote, in the final encounter he will die and you will lose the opportunity to confront one of the most interesting bosses in the game. In the event that Zote is saved, he will always think of himself as the warrior he himself always thought he was.

Zote is also not a mediocre boss because he can create energy waves by jumping up and knocking his body to the ground. Of course, to overcome him, people also need a lot of skills to dodge attacks as well as attack Zote.

The content of the game is about a girl who knows how to play the trumpet who is on the way to regain her memories and regain her life. The task that players need to do is to find broken hearts through defeating Gangers bosses with turn-based gameplay.

But when confronting the boss Karen Alias ​​- also the final boss of the game – just defeated, the game is officially over and you will not have any chance to confront it anymore.

To be able to meet this boss, the player will have to take several steps, including collecting 3 parts of the umbilical cord from a dead god. This is an extremely difficult mission and can be interrupted just by the player losing a life during the mission.

After completing the mission, you will have to eat all those umbilical cords and defeat the Gehrman boss, The First Hunter. Your reward after defeating Gehrman is the opportunity to meet the boss Moon Presence. If you beat Moon Presence, you will unlock a nice Ending for this game, of course the process of getting that Ending requires a process and consumes a lot of gamers’ time.

A boss is quite complicated to find, as the player will have to plow both games of Golden Sun, including The Lost Age and the previous game, Golden Sun.

Of course you will have to collect all the Djinn in both games, then link it together. After a while you will see the appearance of Dullahan and start fighting with him.

One of the sons of the God of Light Gwyn, because he was not of the same mind, he erased all traces of this child from his reign. It is also for this reason that he has given himself the name The Nameless King and the way to be able to step in to fight him is also somewhat of the excellence and mystery of this boss.

The condition to meet The Nameless King is to defeat the boss Oceiros, The Consumed King, then pick up a move (Guesture) from a nearby corpse. Now return to the Irithyll Dungeon, perform that move in front of the dragon statue. After just one cutscene, you’ll find yourself at Archdragon Peak, where The Nameless King and his dragon are waiting.

Donkey Kong is a hidden boss that appears in the Mac’s Last Stand mode of Punch-Out!! on the Wii system. However, the way to meet this boss is quite arduous, the reason is that the opponents in Mac’s Last Stand mode will appear randomly and you have to constantly give up before you meet him.

If you are lucky, you will be able to meet Donkey Kong early, but not everyone has that luck and there are many gamers who have to give up continuously all day but still have not seen Donkey Kong anywhere.