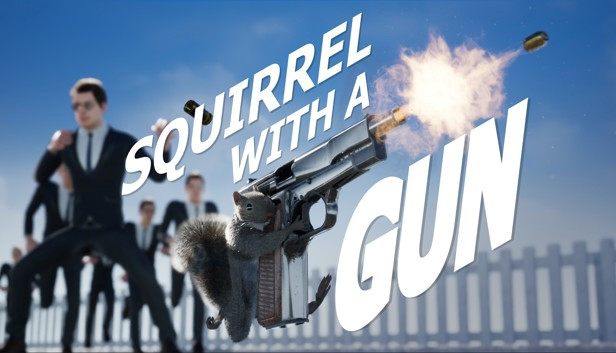 What if you become a squirrel with better aim than a pro?

Squirrel With a Gun is a shooting game about to land on Steam. What makes it so attractive and receives great attention from the community is not because it is built on the Unreal Engine 5 platform, but it will take you to transform into a true squirrel, and this squirrel hold a gun properly.

Developed by DanDeEntremont, a trailer for the game has been released showing a squirrel crossing town with life-sized weapons, chasing people and taking down agents in a variety of other ways. together.

This game will also allow you to attack enemies to steal their weapons, use the recoil of different weapons to fly through the air or through complex terrain. If you feel too cruel, you can go and steal food or phones from residents in the area to satisfy your passion.

The trailer also shows that there are many different accessories that you can decorate your squirrel from a chestnut hat to cute cat ears. Puzzles in the lab will also be a task worth trying when the reward is a beautiful and plump chestnut.

When asked about the release date, the author of the game only replied “that’s a good question!”, so the specific date is only known to the creator of this game.See also: All about DEADROP: DrDisrespect’s shooter with NFT feature