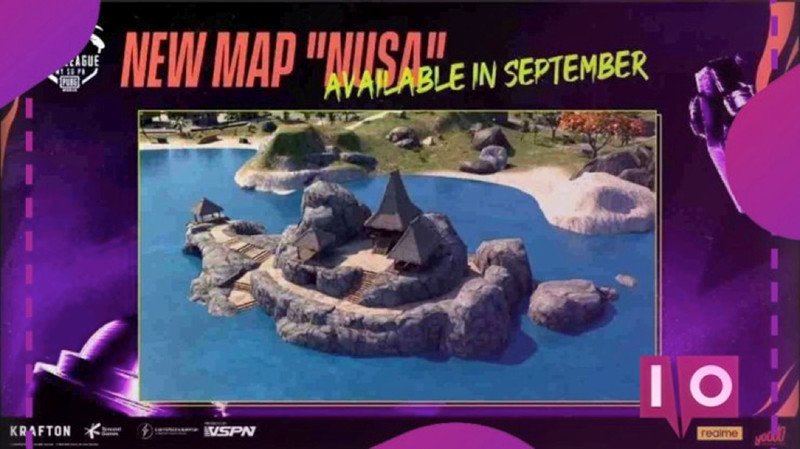 PUBG Mobile 2.2 introduced a new map called NUSA with a lot of interesting things. Besides, there are a lot of new features in the upcoming update.

PUBG Mobile 2.2 will introduce a new map called NUSA with a lot of interesting things. NUSA is a small map with many interesting features as well as loads of new features in the upcoming update.

NUSA is the smallest map in PUBG Mobile currently with 32 players parachuting on this map. Therefore, you should be familiar with the fast-paced gameplay on this map.

NUSA looks like the mountainous regions of Vietnam or China with small cottages, palm trees and terraced terrain. This map still has solo, duo and squad modes in TPP or FPP option. The white and electric circles also shrink faster on NUSA than on other maps.

Therefore, each battle royale match on NUSA only lasts about 10 minutes. The map is great for exciting fast-paced matches. Many new features have been added to make the game more interesting.

NUSA is an ideal map for low gear players with its small size and limited player count. Besides, it will be better for fast-paced players who focus on pushing ranks. Therefore, NUSA is expected to become the focus of PUBG Mobile 2.2.

There are a lot of brand new features in PUBG Mobile 2.2 NUSA map. These new features will make the map experience easier and more enjoyable.

1. Automatically heals after being knocked out

The new Auto Recall feature gives players another life in NUSA. No one wants to die boringly after looting a series of “genuine” items when it is less than half the time of the match. You don’t have to play Duo and Squad modes because you can heal yourself after being knocked out without the help of teammates.

This new feature does not affect the balance of the game. It even increases the competitiveness of PUBG Mobile. With this feature you can move to a certain place on the map, where you can do the most kills before clearing the entire area or being knocked out by another team.

There are some AI bots that will appear in the apartments. These bots have state-of-the-art weapons with unlimited ammo and grenades. After you defeat them, the bots’ corpses will provide your team with an abundant amount of items, such as vertical handles, gun stock, many powerful weapons and lots of ammo.

PUBG Mobile 2.2 will introduce many new weapons, including:

The legendary map Erangel will be upgraded. There are a lot of new additions that make this map even more interesting so it can still retain players when new maps are introduced.

PUBG Mobile 2.2 is expected to be released on September 11. The game publisher hopes these updates will bring players back to the game.