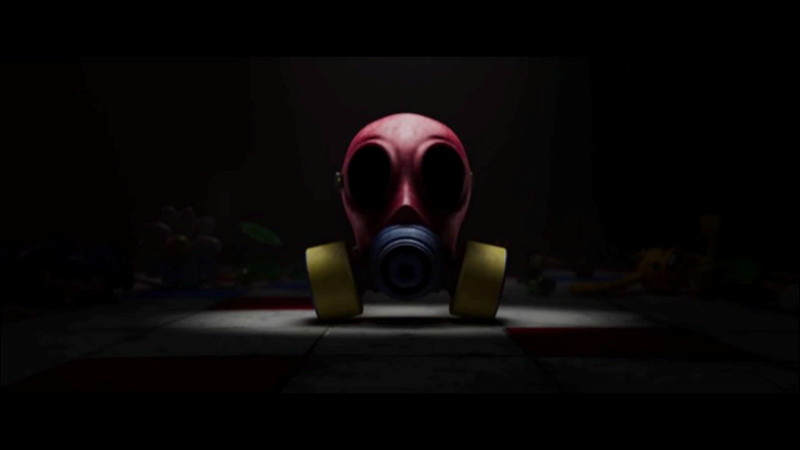 The third game of Poppy Playtime has an official teaser and what gamers expect is to know the scary secrets that have happened at the Playtime.Co factory

Poppy Playtime is an extremely attractive first-person perspective game developed by indie studio MOB Games, allowing gamers to explore an abandoned toy factory and be chased by deadly toy monsters. With 2 game parts released, MOB Games has achieved a lot of great success and what gamers are waiting for is the evolution of the game. Poppy Playtime Chapter 3 to be released soon.

And not to let fans wait too long, MOB has officially posted a trailer about Poppy Playtime Chapter 3, with the familiar voice of the creator. Playtime.Co as if it will continue to reveal more and more mysteries surrounding this famous toy factory. In the middle of the trailer, viewers can see the appearance of a mysterious gas mask.

This teaser also shows two toys, Huggy Wuggy and Mommy Long Legs, scattered on the floor as if to show the defeat of these two bosses in previous games. In addition, viewers can also hear the voice of the founder of Playtime.Co talking about the Playcare orphanage, built on the premises of this creepy toy factory.

The teaser ends with the appearance of a colorful but equally creepy gas mask, also to hint that Poppy Playtime is entering the game’s most horrifying moments. Although there is not much information regarding Poppy Playtime Chapter 3, this teaser also indicates that the third game will be released in the upcoming 2023.

The content of this teaser is relatively confusing, but many gamers can still guess that both of our main characters have almost escaped from Playtime.Co and moved to the Playcare area, one of the places. The most mysterious and scary of the game. When both Huggy Wuggy and Mommy Long Legs have been defeated, maybe we will be able to answer the horrors going on here in the final game called Poppy Playtime Chapter 3.