Skip to content
Home Game League of Legends: The new champion K’Sante is expected to be a breakthrough in the role of Resist in the 2023 season 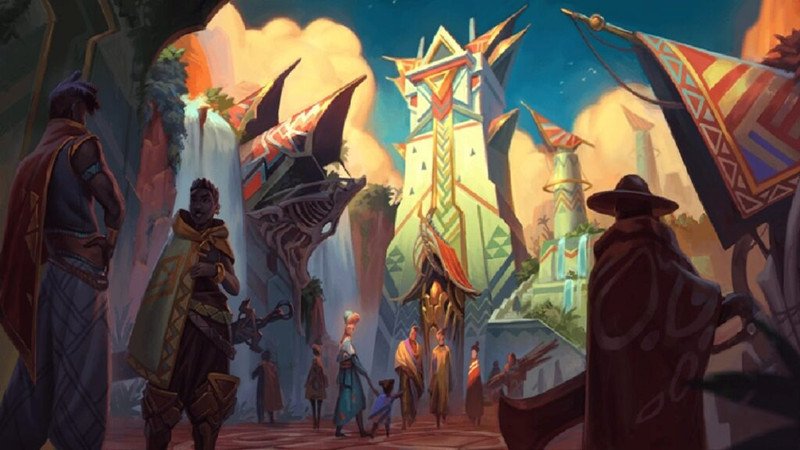 Pre-Season 2023 will be the time when the top lane position of League of Legends will have a drastic change thanks to the K’Sante wall position.

Riot Games In April, the champion development roadmap was revealed, but it is not until now that fans know more information related to the new champions. Also in the introduction video about Pre-Season 2023, Riot also revealed that the next champion will be named K’Sante, also known by the nickname The Pride of Nazamah. The production of K’Sante It is also the time when League of Legends introduces players to a new land called Nazamah, along with an extremely attractive plot related to the giant monsters at Shurima. However, the most important thing is that it is the purpose that Riot Games decided to design K’Sante, as this will be a completely different tank than the generals with the same role so far.

Riot Games also shared that: “Our goal when launching this champion was to create a Tank champion that requires a high level of skill and proficiency of the player. Those weaknesses will require players to practice regularly with the role of Resist as well as the new champion K’Sante“.

If we talk about Tank champions in the Top lane, most players can see that they don’t have too many difficult skills to use, nor do they force players to perform a complex sequence of moves. complex to optimize its effectiveness. Not to mention with recent tweaks, the Top lane is gradually becoming less important, the ability to affect a match is not as strong as before.

For this reason, Riot Games also hopes that the new champion K’Sante will create a breakthrough for Resist champions. Even K’Sante’s complexity is depicted through his weapons, thanks to the flexible change of attack statuses from sharp blades to defense with a solid look. Currently, the information related to K’Sante has not been officially released, but with what Riot Games describes, Nazumah’s Pride will be a champion worth looking forward to in the near future.