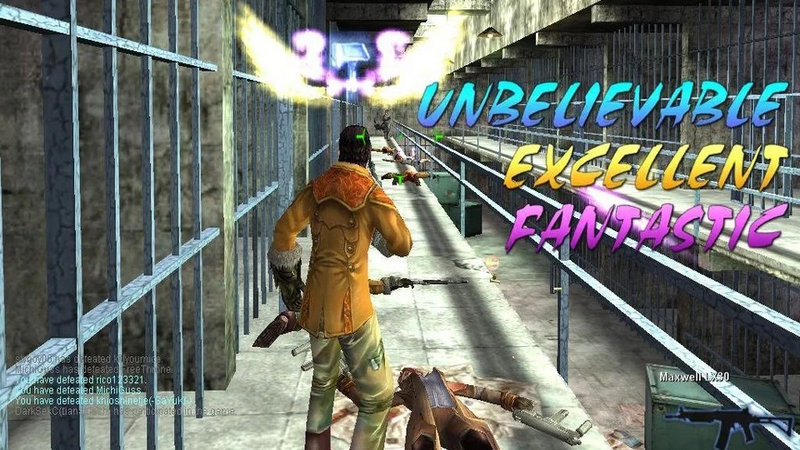 GunZ: The Duel – The legendary shooting game of the first 8x, 9x gamers as well as the world game village is back more powerful than before.

Generations of 8X and 9X must never forget the image of a net shop 15-20 years ago, where thousands of gamers were immersed in the bullet-dodging phases, the artful wall kicks of combat. GunZ. It was a period when it was like shooting gameMMO Korea almost dominates the Vietnamese market, giving fans an experience of an action-packed gameplay with crazy speed. Even after nearly 2 decades, GunZ still leaves a deep mark in the hearts of Vietnamese gamers, an imprint that no other game can ever replace.

Fortunately, GunZ has now set a return date, allowing us gamers to once again immerse ourselves in the quality melee phase. No waiting, GunZ: The Duel prepare to welcome gamers back to the old GunZ gameplay when letting players immerse themselves in the top PVP / PVE screens. ​

With GunZ, players can perform bursts of bullets, combat to kill opponents with both melee and gun battles. And yet, the game also offers a top-notch movement mechanism, once dubbed as bringing class beyond the time of release. There, players can perform a series of wall kicks, flying people, even dodging bullets in the air.

A unique feature that makes the GunZ brand is also the ability to perform moves outside the game script, allowing players to combine unique moves. This is the point that makes GunZ leave a deep impression in the hearts of fans when giving gamers the first time to feel the freedom and limitless customization possibilities in the game.​

That’s the combat mechanism, then about the game mode, GunZ: The Duel also released dishes with full of attractive Modes such as Deathmatch, Team Deathmatch or even Capture The Flag, where gamers can freely express but the “cat and mouse” flight is as tight as the strings. Along with that, players can also customize and equip characters with countless different combos, creating extremely unique and personal shapes. Gamers can also choose from a variety of weapons from melee to long-range with the image of Katana struggling or 2 hands and 2 guns swinging between the enemy squad. ​

With all the nostalgia of a legend and the pinnacle value of a shooting masterpiece that once hit the international market as well as Vietnam, GunZ: The Duel will definitely be the name that brings the wind. familiar and strange to the gaming community. Re-experiencing a monument of the gaming village is definitely an opportunity not to be missed for Vietnamese gamers in 2022.