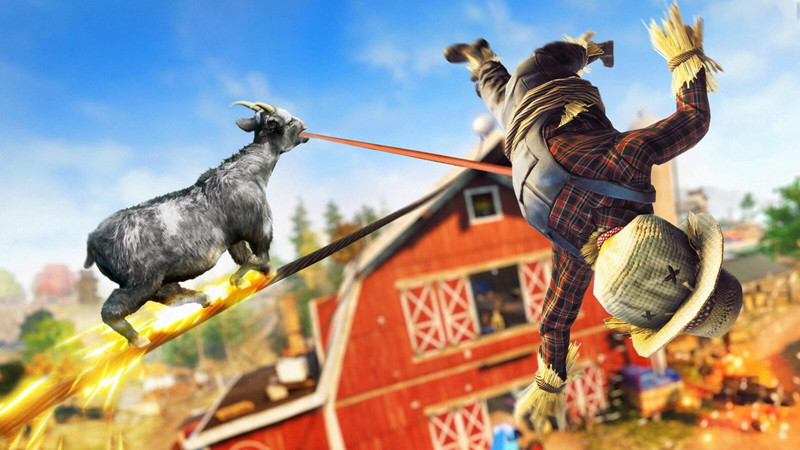 And to know how fun Goat Simulator 3’s pranks are, the game’s latest trailer will give gamers a better overview of these goats’ dirty pranks.

Not only that, according to some sources received, part Goat Simulator 3 will be a co-op game with up to 4 people in a team, allowing players to experience in a world Sandbox huge.

The trailer also somewhat clearly shows the features that will appear in Goat Simulator 3, because the goats can completely run and jump, bang their heads comfortably, even wear jetpacks to move more quickly. The interesting thing is that not only goats, but gamers have the ability to control other animals such as sharks, rhinos….

The goats do not only have activities to disturb people, because in addition they will have new entertainments including soccer, racing, meditating, …. How much will the city suffer when the goats are constantly raging like this.