Skip to content
Home Game Genshin Impact – What is the most popular character in the Reddit community? 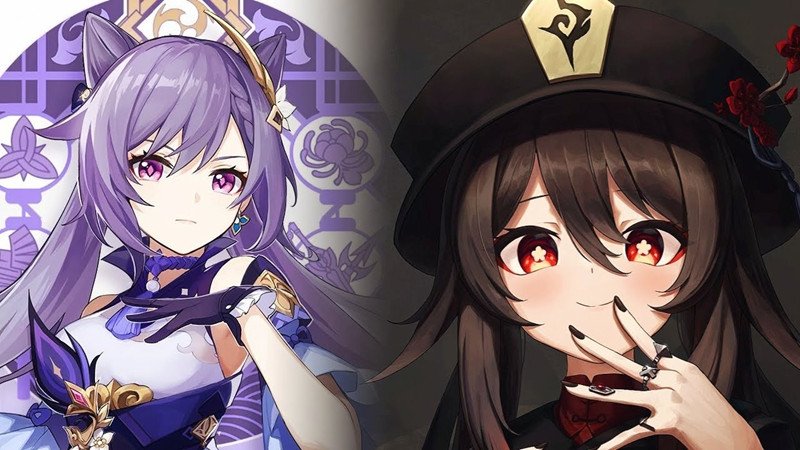 1 Reddit user has found an interesting way to determine the most popular character based on the number of people participating in that character’s reddit sub.

Although Genshin Impact has gone through a lot of updates, even so, the player community still has the habit of using its characters because of their strength and love for that character.

For each character, Reddit has a corresponding subReddit as well as the number of people participating in those subReddit which can partly prove the hotness of that character to the community. 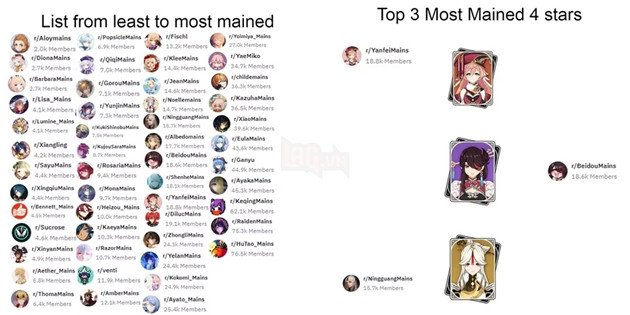 Recently, a tdung2 person named Cqmilian shared a summary of the characters with the highest to lowest number of followers on Reddit.

According to that newsletter, Hutao is becoming the most popular character today with her number of subReddit followers in the highest position and this is not surprising to the community because Hutao is inherently 1 Interesting characters and extremely powerful skill sets.

Chasing after is Raiden Shogun when she is also a character with good looks and plays an important role in the main plot along with a set of skills that are too powerful in the present time.

At the bottom of the table is Aloy, the first character to be Collab’s entry into the Genshin Impact world. However, when participating in the game, she seemed to be made for and did not have a single move that made Aloy appear faint in the game.

Besides, many people are quite surprised when Yanfei is the 4-star character with the highest number of followers in the 4-star lineup of Genshin Impact. It is also quite understandable when just released, Yanfei has been very popular with players when he has a very cute personality and voice (The writer is also a genuine Main Yanfei) along with a very strong skill set. . 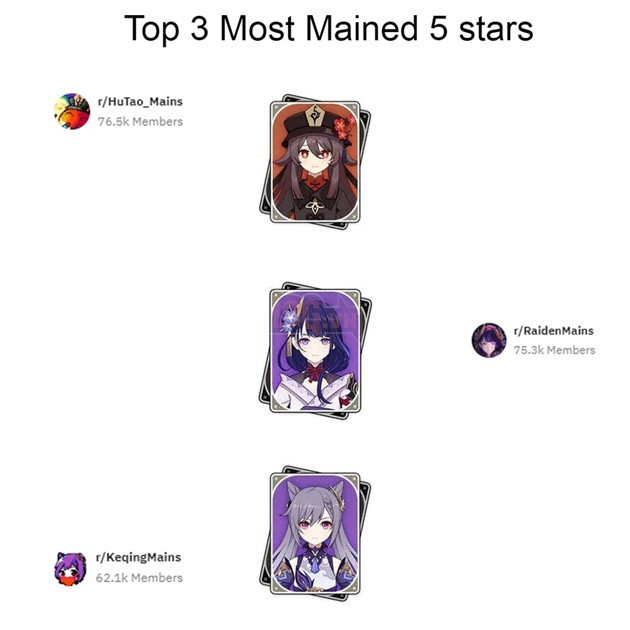 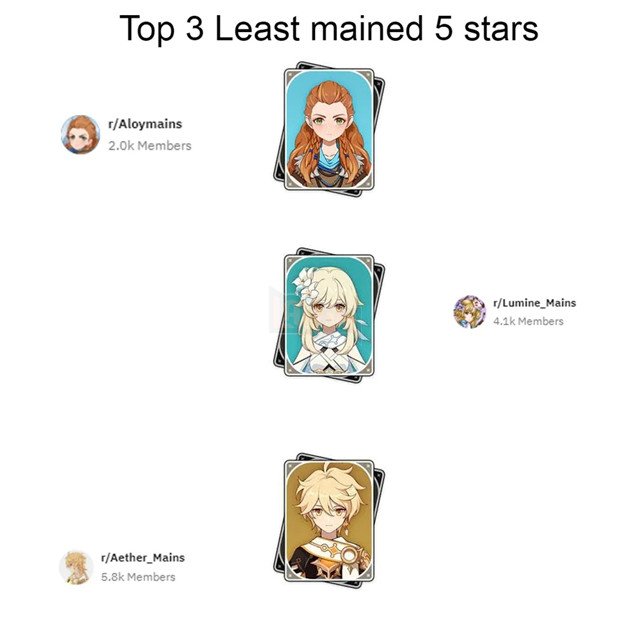 Top 3 Char 5 stars with the fewest followers on Reddit 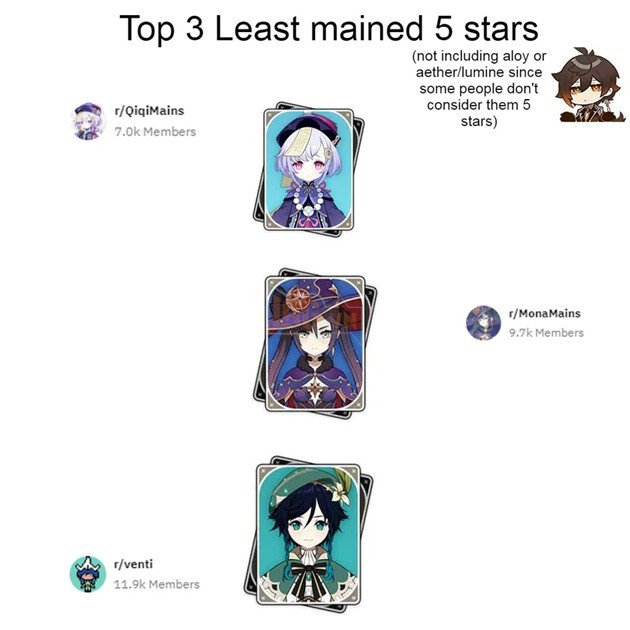 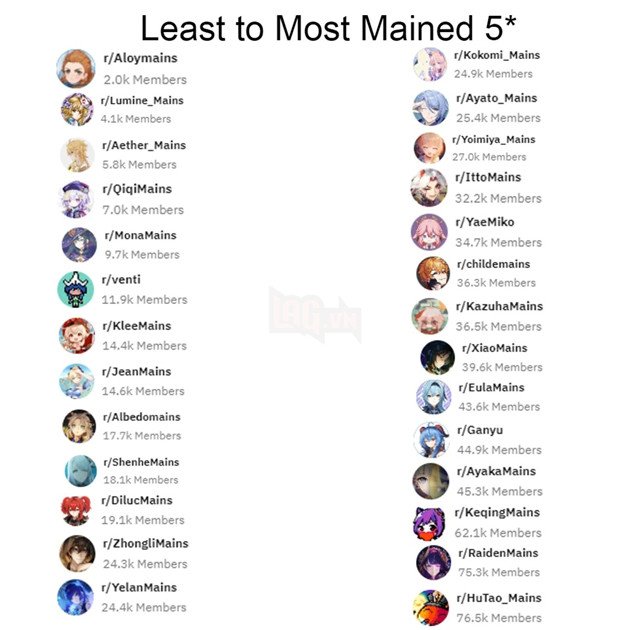 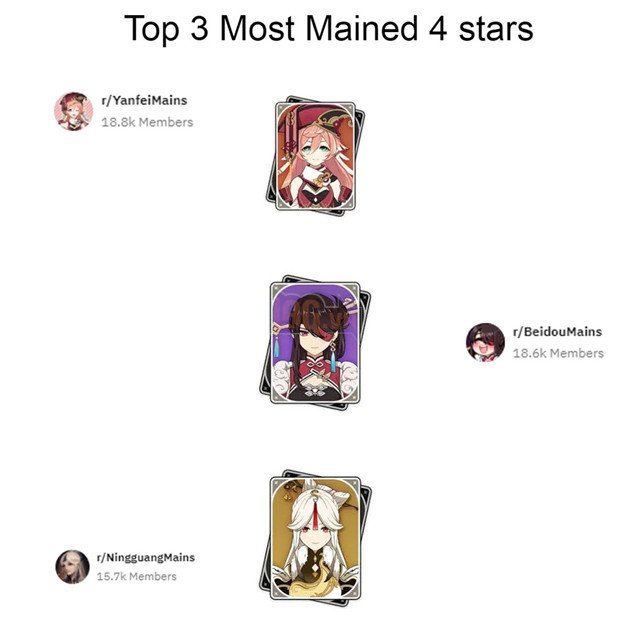 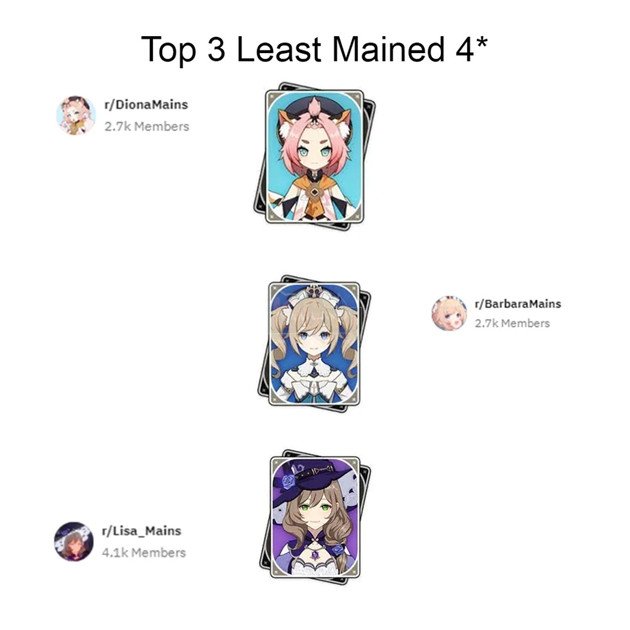 Top 3 Char 4 stars with the fewest followers on Reddit 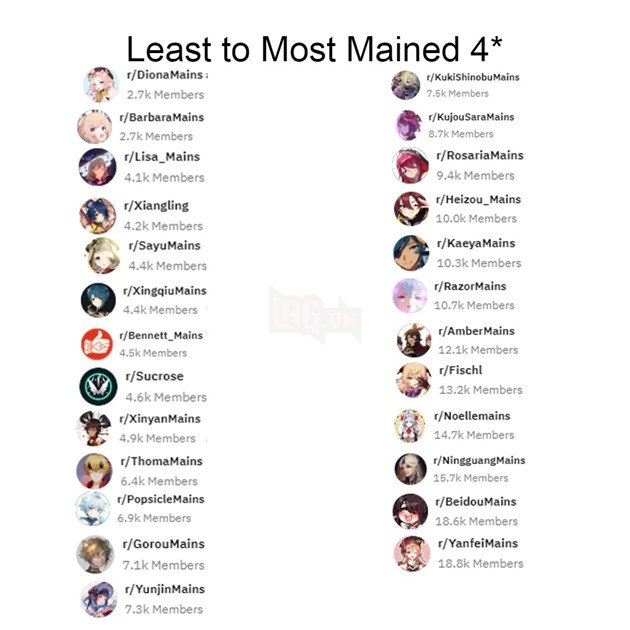