Skip to content
Home Game Genshin Impact: There will be a quest longer than the Anglican Sacrifice when Sumeru is released 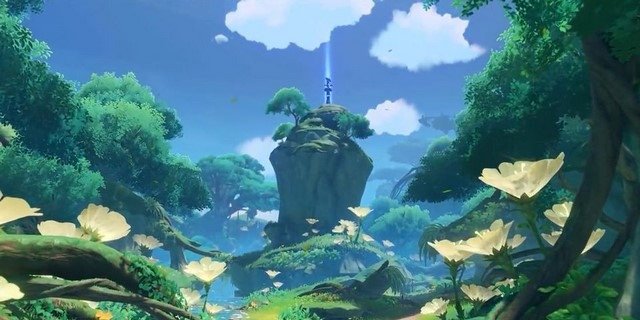 If you think the Cherry Sacrifice is depressing enough, then Sumeru has an even more depressing mission

For gamers who play Genshin Impact From the time Inazuma was released until now, it is certainly not too strange for the quest.”Sacrifice to the Cherry God“. This is said to be the longest, most complicated mission and the most “depressed” Genshin Impact gamers since this game was released so far.

See also: Top 3 reasons why the Thao system in Genshin Impact will change the game completely

However, perhaps “Sacrificing the Cherry God” is still not the only difficult and long task because when the land Sumeru released, gamers will have a mission with a “depression” level many times higher.

Specifically, this task will be named “Aranyaka Deep Forest Adventure Diary” with a length just mentioned is enough to make many gamers frustrated. This is also determined to be the longest and most difficult task of Sumeru in particular and the whole Genshin Impact realm in general. It is estimated that “Aranyaka Deep Forest Adventure Diary” will be able to be 4 to 5 times longer than “Cherry Sacrifice”.

“Prayer of the Cherry Blossoms” is a world quest and it consists of 5 single quests, with 3-4 times the length of a regular world quest. Not to mention the fact that the player has to move a lot also consumes a lot of time and effort, but for the quest “Aranyaka Deep Forest Adventure Diary” it will include 20-25 different small quests and only Just thinking about it makes me tired.

According to some revelations, out of those 20-25 individual quests, the player will have to help Sumera’s Arananas and help them complete the quest. Each Aranana will have its own story and of course the time that gamers spend will not be less to be able to complete it.

Perhaps this is something that Hoyoverse intentionally does to avoid their gamers “rushing the map”, exploring new lands too quickly without learning much about the game’s stories.