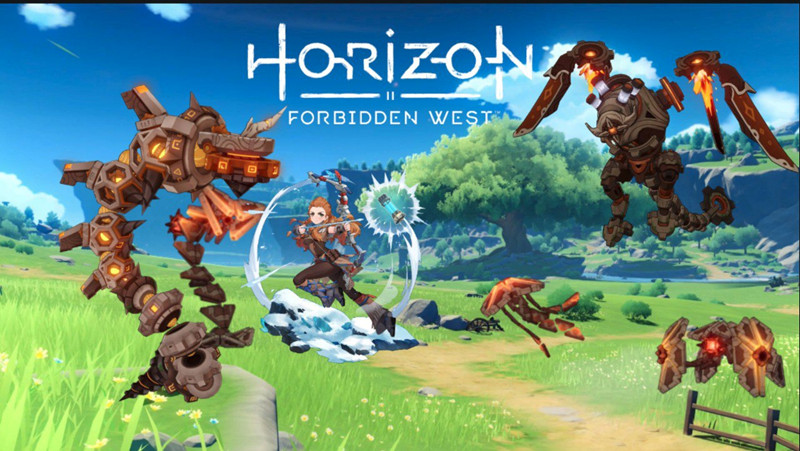 Many gamers discovered that the Relic Dragons in Sumeru were inspired by Hoyoverse’s popular game Horizon Zero Dawn.

Version 3.0 of the Genshin Impact not only open a land Sumeru vast, but also added many new monsters related to this area. Among them, the most noticeable is Dragon Relica product of Night Kingdom Khaenri’ah destroyed 500 years ago. The Dragon Relic made a strong impression on Genshin Impact players by its cool shape, along with the ability to attack much stronger than the Relic Guardians.

However, in a discovery of the gaming community, they realized that these Relic Dragons have many similarities with the mechanical monsters of the game. Horizon Zero Dawn famous. It is quite possible that Hoyoverse side has “taken the idea” from the game that they collaborated with not long ago to make these Dragon Relics become more impressive in the eyes of the gaming community. This discovery was made by a Reddit user named u/D_ronzo17 post and point out some minor similarities regarding the Relic Dragons and the mechanical monsters of Horizon Zero Dawn.

Horizon Zero Dawn is a game that once had an unsuccessful collaboration with Genshin Impact, marked by the birth of Aloy in this land of Teyvat. Despite being an unimpressive character, it can be seen that Hoyoverse has tried a lot in giving a completely free 5-star character to its players, although it did not receive a response from the community. fellow gamers.

Of course, according to the vast majority of gamers, this is not too harsh a thing, when the shaping of the monsters of these two games, although they all have in common, are machines but have perfect shapes. are completely different, yet they still create associations that players of both Horizon Zero Dawn and Genshin Impact are all recognisable.