Skip to content
Home Game Genshin Impact: Leaker reveals the official 3.0 banner and a shortened schedule for the upcoming update 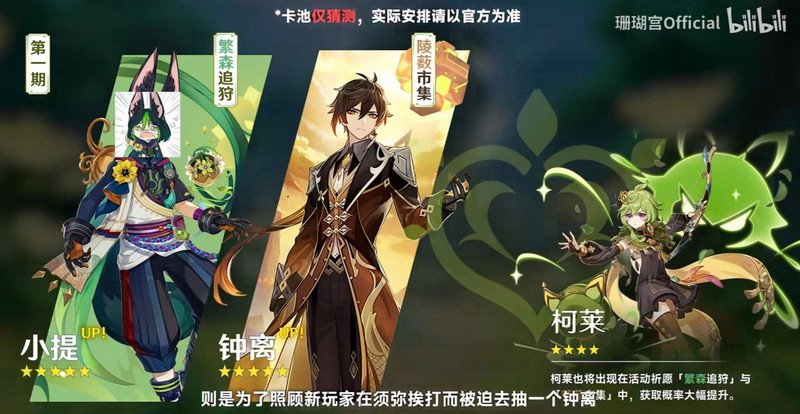 The latest information from reliable Chinese Leakers has shared 2 Double Banners full of Reruns in the 3.0 Genshin Impact update with a schedule to shorten the time of future updates of the game to keep up with the delayed schedule. update before.

According to information leaked from Uncle Chasm from China (who predicted this banner information very early), the character banner of the 3.0 Genshin Impact update will include both new and old characters that are quite interesting as follows: 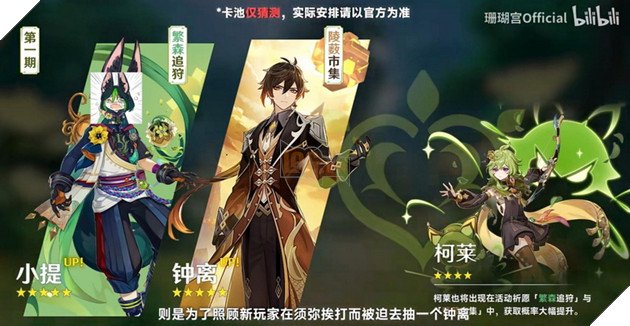 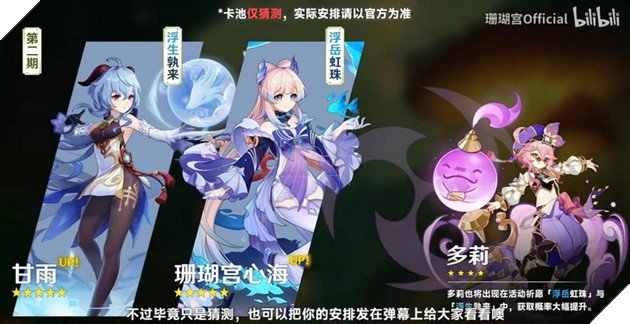 Besides, according to the sharing from the leaked channels, the new Rerun characters (Zhongli, Ganyu, Kokomi) will not appear with any plot events in the upcoming Genshin 3.0. The purpose of these characters is mainly to attract new players with these fairly strong and basic characters (Zhongli super shield, Ganyu super damage and simple to play, Kokomi super healer). 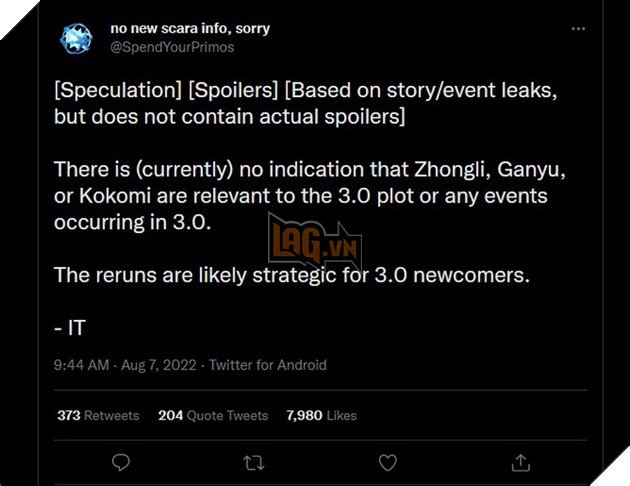 Not only that, the leaker also added that instead of shortening the 3.0 update time to 6 weeks, now all three updates 3.0, 3.1 and 3.2 will be shortened by 1 week each update to compensate for the loss. in time for the upcoming event 3.4 Tet for Liyue. This is also the best way to share the “burden” of late updates instead of withdrawing an update so much that the banners in this version are too short in time for gamers to roll. 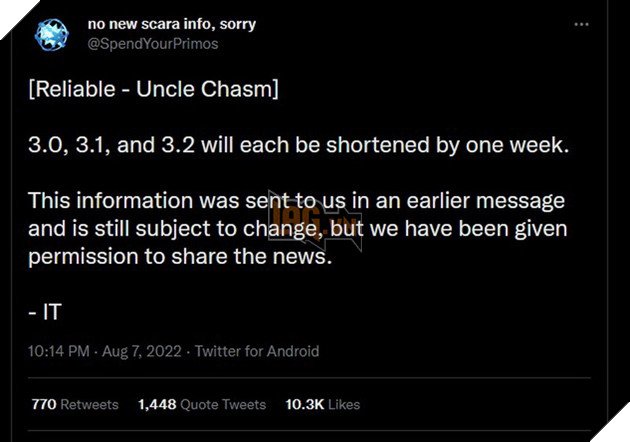 This is an interesting way to handle and launch Banner for Genshin Impact when giving Rerun a lot of old characters to prepare for a series of newer characters in the upcoming 3.1 onwards. Be careful to keep the Original Stone to “fight” future meta-character storms and roll your favorite characters.