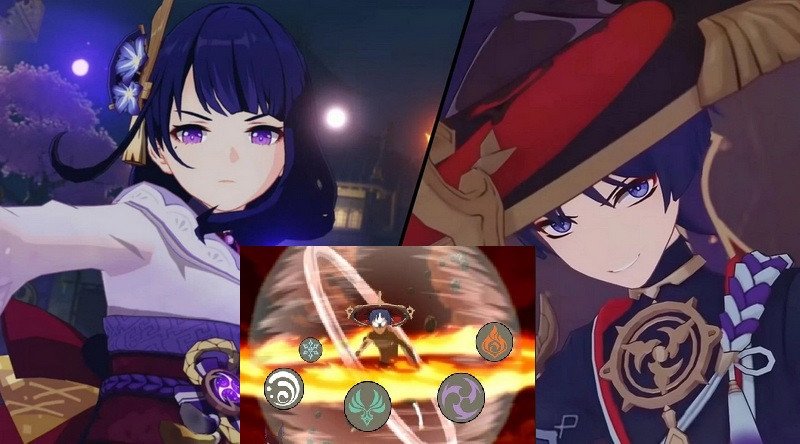 According to the latest information from Leaker, the model of Boss Week Scaramouche has been revealed and has many similarities with Raiden Shogun and elements that make him a playable character in the upcoming 3.1 and 3.2 Genshin Impact.

More specifically, the WFP leak channel on Discord has shared a model image of the Boss Week Scaramouche character (unofficial) that is expected to debut in version 3.1 or 3.2 at the upcoming Sumeru. Accordingly, the design model of Boss Scaramouche is somewhat similar to the old Boss Raiden Shogun model but of course is smaller and still incomplete.

When compared with the old Boss Raiden Shogun model, we can see many similarities between the chest armor, arm armor and pant design in true Inazuma style (when Scaramouche himself is also simulated the strength/copy of Raiden. old Shogun). However, in terms of strength, Scaramouche is quite different and diverse, maybe even stronger than the boss Raiden Shogun that we beat every week.

According to leaker Mero, boss Scaramouche is expected to have Wind-type power and be able to diffuse various elements around him and attack players. This also explains that Boss Scara’s skill set will not have the Nham type, but most of them are Thunder, Water, Wind, maybe even Fire and Ice.

It is worth noting that despite the introduction of the Thao system from 3.0 Genshin Impact, Boss Scaramouche will not have anything to do with the Thao system (simply because Thao does not interact with the Wind system). So maybe we have to take advantage of the Grass type to defeat this boss?

Other leakers are still learning about this source of information to confirm whether it’s accurate or not, but we may have to wait until the official 3.0 update is released to have a more specific leak about the upcoming Boss Scaramouche. next.