Skip to content
Home Game Genshin Impact: Dehya is a fan of Keqing so she decided to cosplay “cat ears”? 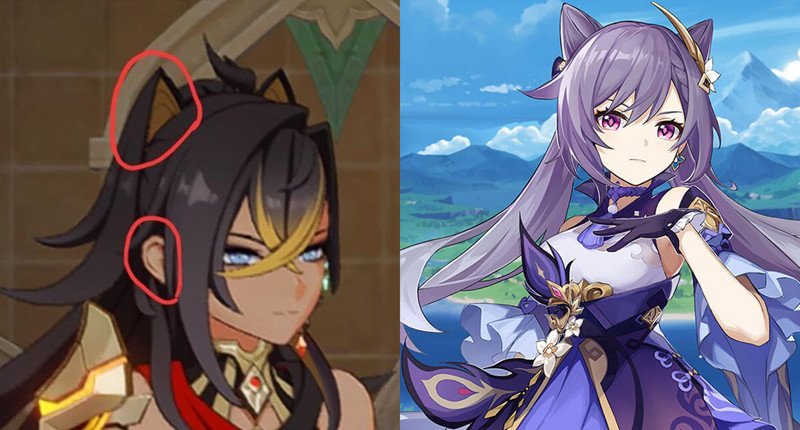 The gaming community has discovered that there is a possibility that Dehya is an underground fan of Keqing?

Dehya is one of the interesting characters Genshin Impact introduced in the Magic God Quest of version 3.0, as a famous mercenary of this land. Since her appearance, she has received a lot of attention from the gaming community because of her extremely cool appearance, so that they are all looking forward to the day this girl debuts in Genshin Impact.

Recently, a Reddit user named u/OKUMURA_RlN posted an interesting image related to this Dehya girl. More specifically Dehya She has 2 buns that look like two cat ears and underneath she still has a pair of human ears. This image has attracted a large number of viewers, even some gamers think that because of Keqing’s fandom, Dehya decided to make a cat ear bun like her Seven Stars Liyue, for example.

Currently, there is not too much information about when Dehya will become a playable character of Genshin Impact, because according to Hoyoverse’s “drip marketing” phase, version 3.1 will be the time when the 3 new characters are Cyno. , Nilou and Candace appear. This also means that Dehya will appear in versions from 3.2 onwards.

Dehya’s data is still quite meager, because all that gamers know about this girl only includes that she is a character using a heavy sword with fire vision. Perhaps it will take a while for the player to know more about this female character’s set of moves. Share