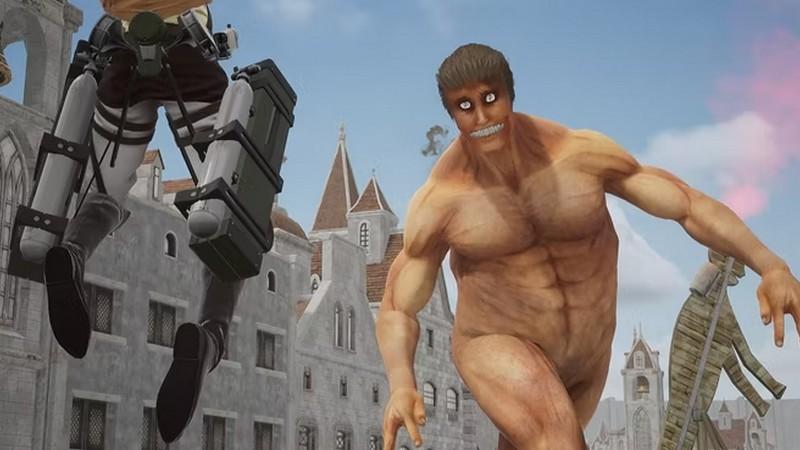 This game will be upgraded to Unreal Engine 5 version next year.

So far, so many games Attack on Titan both official and fanmade appeared on the market, but the only fan game nicknamed Swammy was welcomed by the AOT community. This project was originally an experiment to recreate the anime’s iconic omnidirectional mobility device, then turned into a multi-year adventure with millions of downloads and one version. Unreal Engine 5 coming soon.

The creator of the project, Swammy has posted a short video explaining the entire history of the AOT Fan Game. The game came out in early 2021 and released on Game Jolt after receiving a lot of requests from the fan community. Initially, the game was almost just a technology demo, without the appearance of Titans, players could only explore the city with 3D equipment. But then thanks to the addition of Titans, a new open world map, Epic online service multiplayer and f2p elements, Swammy’s AOT has attracted millions of downloads from around the world. .​

Following the above success, the game author decided to upgrade the project with the reboot version. The preview videos for the upcoming reboot of AOT Fan Game were made in Unreal Engine 5 for PC. The game will be significantly improved in terms of animation, graphics, weather effects and many other details.

UE5 version of AOT Fan Game will be released in early 2023. If you want to support AOT Fan Game, readers can play it. Mecha Attack after Swammy brought the game to iOS and Android. This game owns many mobile mechanics similar to AOT Fan Game.​