Although it has been expected for a long time, Digimon Survive has made the gaming community disappointed because the gameplay is completely opposite to their thinking.

Digimon Survive is a game that has been long-awaited by the Digimon brand fan community, when this game had to go through an extremely difficult development period, constantly being delayed due to change issues. ownership between developers. As a result, after many years, this game was officially released to the joy of many fans. 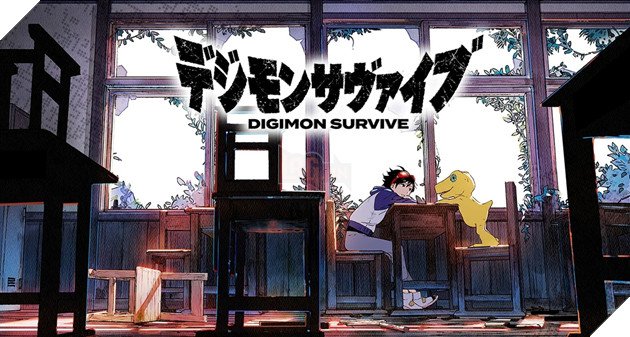 However, soon after its release, Digimon Survive quickly received a lot of controversy, more specifically the game’s review score on Metacritic, with versions for PC, PS4, Switch and Xbox One was all downgraded to 0/10 points. Accordingly, it is contrary to what fans think Digimon Survive is a traditional turn-based strategy role-playing game, this is just a visual novel game.

The level of impressiveness of the game is so low that a large number of gamers have had to turn away from this game, because their experiences in Digimon Survive simply revolved around cutscenes and dialogue.

Of course, Digimon Survive still has tactical RPG elements combined with quite intuitive novel segments. The goal of the game developer is to give gamers a story experience through direct dialogue between the characters. However, this makes many players feel that they have been cheated, because in their mind this must be a game with more tactical and combat-oriented gameplay. 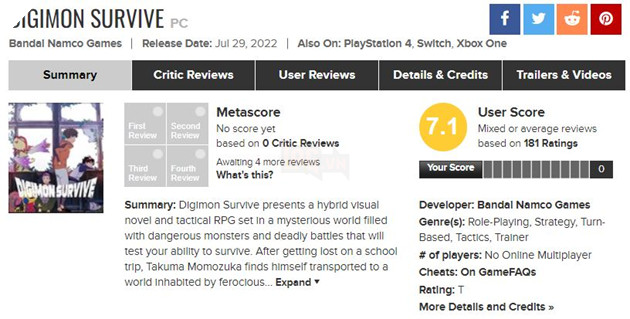 Also for this reason, many gamers have rushed to the Metacritic score aggregator site to rate this game at a rather negative score, respectively 7.4 on Switch, 6.9 on PS4, respectively. 6.7 on PC and 5.9 on Xbox. 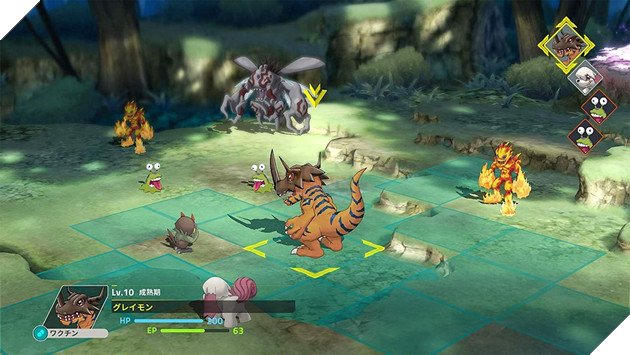 Currently, there are not many reviews from professional analysts for Digimon Survive, but the continuous low score by the gaming community has also partly caused the game’s revenue to be seriously affected.

Currently, the developer of Digimon Survive has not taken any action to explain to gamers, at a time when negative reviews continue to appear.