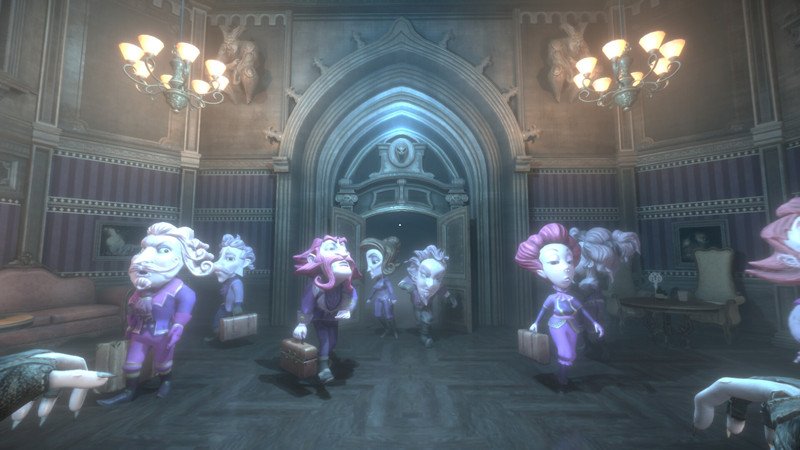 Bloody Hell Hotel promises to bring players an exciting hotel management experience when the nature is a vampire.

In 2019, Unfold Games released a horror-colored puzzle game called Darq. Although the results were not very satisfactory, the game was still appreciated for its scary atmosphere. After three years, Unfold Games decided to return with a more ambitious expression project called Bloody Hell Hotel.

This time, the gameplay of the puzzle scene will be changed by a hotel management simulation style, with its own horror still remaining. In Bloody Hell HotelIn the game, players will play the role of a vampire who manages a hotel, meets the needs of guests who come to rent rooms, and at the same time can “treat” guests to strengthen themselves. Besides, there are farming activities, making weapons, and even going to explore dungeons.

General, Bloody Hell Hotel looks like a Stardew Valley Such a first-person perspective, with differences coming from the typical Tim Burton-style horror atmosphere, and the quality of the 3D graphics is quite modern. Currently, Bloody Hell Hotel does not have a specific release date, and Console gamers will be quite disappointed to learn that the game is only intended to be released on PC via Steam, Epic Games Store and GOG.

Nevertheless, Darq was also released on PC only, but was eventually carried over to consoles, so there’s still hope. Besides, Bloody Hell Hotel There will be no Early Access period. This both creates expectations for a full version of the content when it comes out, and makes fans have to wait a little longer. Anyway, gamers still care more about quality, so it’s better to wait for a finished product.