47-year-old Richman Myambo says the UFO scared him off the road, resulting in a leg injury. "I thought I was dying."

Most people don’t expect to encounter what appears to be a UFO on their way home from work—but Richman Myambo of Chipinge, Zimbabwe says that’s exactly what happened to him last Friday.

The 47-year-old claims that the sudden appearance of an unidentified flying object is what caused him to fall off his motorcycle, landing him a trip to the hospital.

According to ZBC News, Myambo was traveling home when he spotted an unusual light in the sky, followed by a deafening noise. He says the sound is what caused his fall.

“I was traveling home on my motorbike at around 9 a.m. when I witnessed a strange light traveling in the sky,” he said, describing the scene. “I tried to concentrate on riding, but what made me fall was the sound that followed after the light. I then fell off the bike due to panic. I thought I was dying.”

He also claims to have seen the UFO itself. “The object looked like a rocket with fire on its back,” he reported after the fact.

Myambo sustained a leg injury in his fall and was sent to the Chipinge District Hospital for recovery. In the meantime, he is still trying to understand the strange events he witnessed. “I was 100% sober,” he said, “but I was so confused because I thought I had encountered those strange things people see in dark and thick forests.” 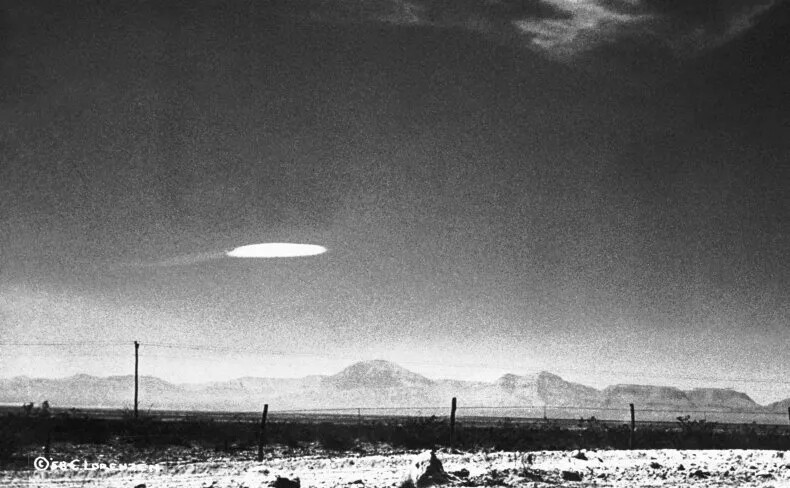 Myambo is reportedly not the only one who spotted the unidentified flying object—other residents of the area say they also witnessed the bright light followed by a loud, booming sound.

UFOs and UFO sightings are a favorite topic in American popular culture and around the world. Every year, people come forward with claims of encounters with the sky’s unexplained phenomena. Just last month, for example, an airplane pilot reported spotting an unexplained object in the sky while flying over New Mexico.

The FAA claims their air traffic controllers did not see the UFO, which was described by the pilot as “a long cylindrical object that almost looked like a cruise missile.” And, since the start of the COVID-19 pandemic, UFO sightings in the US and Canada are said to have increased by over 50%.

It remains to be seen whether a more earthly explanation for Myambo’s alleged sighting will come forward. Chipinge’s Meteorological Services Department has confirmed unusual activity in the area, but they have not released any further information.