Skip to content
Home Game Aside from Albedo’s thighs, here are the weirdest top trending things related to Genshin Impact 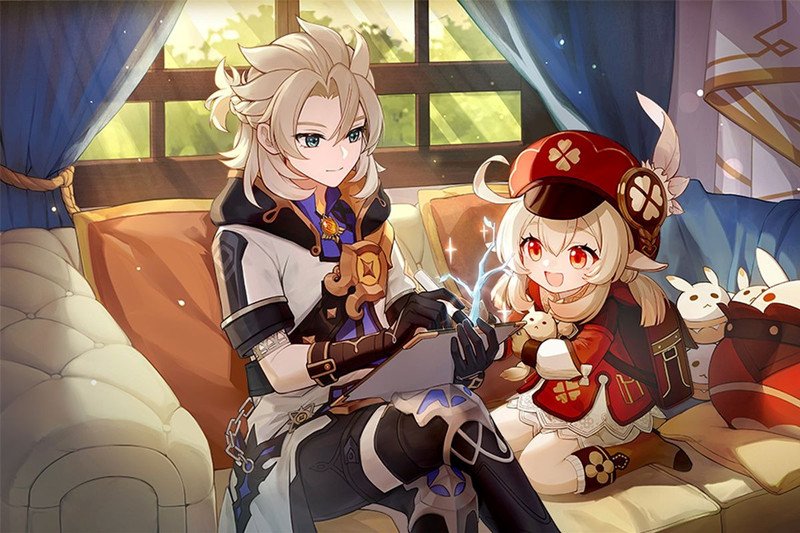 In recent times, many strange phrases related to Genshin Impact have reached the top of searches on social networks, revealing another side of this gaming community.

For the players Genshin Impact, finding works of Fanart or Official art is what they do a lot. Not only that, the communities on social networking platforms are also the gathering place for many avid gamers. And because of that, there are unexpected search terms that have exploded on social networks with their roots in the Genshin Impact community. Sometimes, it’s not what ordinary gamers are looking for, or it’s simply because their cravings are out of control. Here are the 3 most searched and top trending phrases on the Twitter platform in a relative time.

This new character is getting a lot of attention from players, not because of her gameplay but because of the rather strange voiceover. In the English version, everything turned out to be quite normal, but in the Japanese version, things got a lot weirder. For many people, this is a problem that makes them uncomfortable when Dori’s voice is too sour and too harsh, which makes them feel annoyed.See also: Genshin Impact: Dori suddenly made it to the top of Twitter’s search because her voice was too… annoyingAnd of course, it seems that Mihoyo will still keep everything the same when launching this commercial girl. Many gamers have explained that Dori’s voice tone in the Japanese dub is suitable for her because the merchant’s tone in some anime is similar.See also: Genshin Impact: Twitter community attacks Dori’s voice actor again for not being white

The Japanese Twitter community created a global storm of lust on the birthday of Dat Childe, aka Tartaglia. With Mihoyo’s Official Art photo, the Japanese gaming community immediately went crazy because of this guy’s chest belt in the photo, thereby also popularizing new knowledge and bringing new knowledge. The phrase “Ecchi Belt” has been on the top trending for quite a long time. Many international gamers are also quite surprised with the passionate fans of Phu Tang gamers, and indeed, Childe in the picture that Mihoyo posted is also quite… inviting.

One of the extreme cravings of Genshin gamers when they can create a rather strange wave of fans with just a part of their skin is exposed. In the photo to congratulate Mihoyo’s Bilibili channel on reaching 13 million followers, they posted a photo of Albedo showing a little bit of thigh skin, and that’s all the gamers need to go crazy. Besides, even Albedo’s English VA joined this trend, thereby making everything a lot more interesting and fun.See also: Genshin Impact fandom goes crazy over… Albedo’s thigh