After the celebration in the capital Buenos Aires (Argentina) ended on the night of December 20, the next morning, tattoo artists had to work hard to tattoo Lionel Messi’s image on the fans’ bodies. .

For the people of Argentina, this is an act of respect for Messi. They see Messi as a legend of home football, similar to Diego Maradona.

Sebastian Arguello Paz, a tattoo artist, said: “I know a lot of people who want to tattoo Messi and Argentina because they booked with me before the final. I never imagined there would be a day where so many people will. had to wait in line to get tattooed.

In addition, Arguello Paz stated that since since the parade’s opening night, his studio’s phone hasn’t stopped ringing. accompanied by inquiries regarding the World Cup, the Argentine flag, and Messi’s tattoos.

According to Reuters, football has historically sparked a civic passion similar to a religious devotion in Argentina. As a result, on December 20, tens of millions of people marched in support of and welcomed the Argentina squad.

Tattoo artist Ramiro Solis, 44, stated: “I once made the decision not to acquire any more tattoos. But as I watched Messi raise the trophy, I felt that his likeness belonged somewhere on my body.

Messi tattoo becomes ‘hot’ than ever in Argentina

Meanwhile, at studio Andres de Winter, client Cristian Grillo decided to tattoo the number 10 shirt with three stars of Messi lifting the World Cup trophy. Grillo insists that he wants to honor Messi in a different and special way.

It’s not just the image that lifts the championship trophy, the saying “What are you looking at, idiot. Get out!” Messi’s is also chosen by many Argentines to tattoo.

Maria Celia Compagno, 68, is one among those who was moved by M10’s remarks following the match against the Netherlands: “”What are you staring at, idiot,” shouted Messi. I made the decision to get it tattooed if Argentina wins, saying “Get out!””

Many extremely lovely tattoos are displayed on social media, but one is allegedly the worst depiction of Messi ever. As a result, the tattoo on this fan’s back depicts Messi as having an off-center head and being overweight in relation to his present physique.

Bad Messi tattoo of a fan

Many fans have remarked on this picture. When the tattoo artist is a Brazilian fan, a commenter said. Another person said, “Looks like Messi is going to be 39 and overweight in 2026.” “This is Messi after retirement,” said a third person.

Messi won’t play again for PSG until the beginning of 2023; he will take a break until 2022. When the 35-year-old player comes to Paris, the French squad is counting on him to play brilliantly.

The members at Real Madrid have always appreciated Kylian Mbappe’s talent but they will not let themselves spend too much time on this deal.

Real and Mbappe were very close to each other this past summer but in the end, the French striker decided to stay at PSG. According to many sources, Mbappe’s choice has both political factors and the 23-year-old striker does not quite want to stay in France. 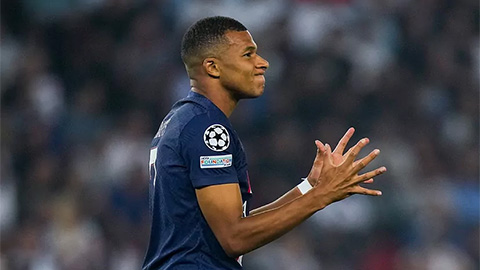 But that is Mbappe’s business and Real do not care. As a team that heads a big team, president Florentino Perez is extremely adamant that he will not care about Mbappe anymore.

However, after the 2022 World Cup ended, the opportunity to recruit Mbappe opened again. The PSG board is determined to renew with both top stars, Messi and Mbappe. However, Mbappe does not want to be in the shadow of the world champion and leaves open the possibility of leaving.

Before such a favorable opportunity, Real is of course hard to ignore. But sources from Madrid say Los Blancos will only sit at the negotiating table if Mbappe sincerely wants to join. Any excessive request will be refused, Real do not want to spend a lot of time on this deal.

Instead, they will focus on developing their existing talents such as Vinicius, Rodrygo and rookie Endrick. Mbappe’s case is somewhat similar to the rumor that Ronaldo can reunite with Real. The Bernabeu team insists they will not take any steps to harm the unity that is in the dressing room.