People have described bizarre extraterrestrial encounters that take place in a dreamlike state.

Lucid dreaming, in which people are partially aware and can control their dreams during sleep, could explain so-called alien abduction stories, a study suggests.

Claims of such abductions date to the 19th century; the circumstances of the kidnappings often sound dreamlike and trigger feelings of terror and paralysis. Certain dream states are also known to produce such feelings, leading Russian researchers to wonder if dream experiments could provide clues about alleged extraterrestrial experiences. The scientists prompted lucid dreamers to dream about encounters with aliens or unidentified flying objects (UFOs), and found that a number of sleepers reported dreams that resembled actual descriptions of alleged alien abductions. 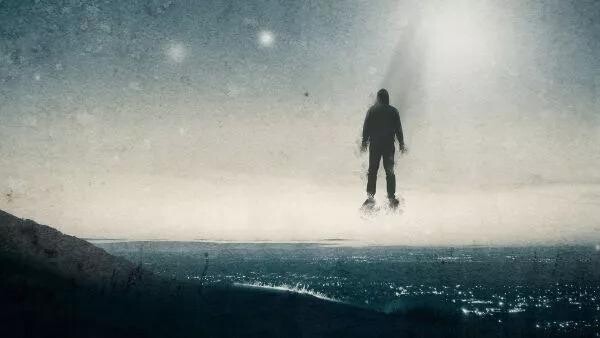 During lucid dreams, sleepers are aware they are dreaming and can then use that awareness to manipulate what happens in the dream. About 55% of people experience lucid dreaming once or more in their lifetimes, and 23% have lucid dreams at least once a month, according to a 2016 study in the journal Consciousness and Cognition that analyzed five decades’ worth of sleep research.

Recently, researchers with the Phase Research Center (PRC), a private facility in Moscow that researches lucid dreaming, conducted experiments with 152 adults who self-identified as lucid dreamers, instructing them to “find or summon aliens or UFOs” during a lucid dream, the scientists reported July 2 in the International Journal of Dream Research.

The researchers found that 114 of the participants reported dreaming about having some type of successful interaction with an extraterrestrial. Of those, about 61% described meeting “aliens” that resembled extraterrestrials from science-fiction novels and films, while 19% met aliens that “looked like ordinary people,” according to the study.

One female participant spoke of seeing “little men” with blue skin, oversize heads “and huge, bulging eyes,” the study authors reported. When the aliens invited her onto their spaceship, “I was blinded by a very bright light, like from a searchlight,” she said. “My vision was gone, and I felt dizzy and light.”

Another participant said that he dreamed he was lying in his bed when he felt as though he were being “dragged somewhere,” ending up in a room with a white silhouette that reached into his chest and started “doing something inside with tools,” the researchers wrote.

Conversations with dream aliens took place in 26% of the encounters, and 12% of the participants spoke with aliens in their dreams and interacted with them physically. UFOs showed up in 28% of the meetings, and 10% of the dreamers who saw UFOs described being brought inside an extraterrestrial spacecraft.

Of those who described their encounters as “realistic,” 24% also experienced sleep paralysis and intense fear. Such emotions often accompany reports of supposed alien abductions, and though individuals who describe being kidnapped by aliens might truly believe that what they experienced was real, these people were likely experiencing an extraterrestrial meeting while in a lucid dream, the study authors reported.

Feelings of paralysis, fear and helplessness in vivid dreams can be so powerful that they blur the line between dreams and reality, so it’s no wonder that people who may have unknowingly been dreaming instead insist that they actually met with aliens who stole them away and transported them to UFOs, said PRC head researcher and founder Michael Raduga.

For these unknowing dreamers, “abductions are real,” Raduga told Live Science in an email. “They just don’t know how to explain it.”